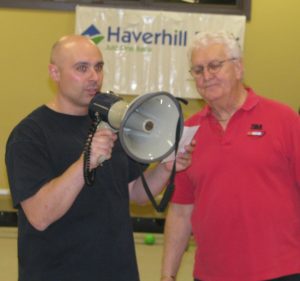 Some say I don’t need the bullhorn

I am grateful you are taking the time to visit my site.  I’m Joe “Bocce” Quartarone, the founder of Joe Bocce International Events and feel you’ll find our services as exciting as the others who have worked with us.  The team is ready to help make your special event a huge success.

Planning and managing events, coaching, as well as fundraising, all come naturally to me.  Previously, I was a restaurant and catering company owner and a lacrosse coach for a youth program that we grew from 30 player to 300 in 5 years.  That passion for coaching children transitioned into coaching High School and College teams, and for the last 7 years into coaching/training adults and youth in bocce.  That has taken me as far away as Argentina and Brazil.  Some of the female players won the bronze in Pan Am Games.  Others competed in US National Tournaments and I am super happy for one player who won gold in the 2019 US Nationals.

My background also includes several years of volunteer experience organizing bocce events for the Methuen Sons of Italy, and on my own.  As the co-director of 4 specific events at the non-profit private Italian club I belong to, we raised funds that netted $60,000.  On many occasions I helped run events for my dear friend, Mario Pagnoni, from The Joy Of Bocce.  If you want to order a book, let me know.

Over the past 10 years, I have directed small private bocce outings, charity / fundraising tournaments, corporate team-building functions, incentive travel events for salespeople, trade association events and regional, national and international competitions.  Most recently for major tourmanents, I managed the bocce committee for the 2019 US Bocce Nationals in Boston – 140 players on 103 teams, over 7 days in 7 separate tournaments.  Prior to that I led the team that planned and ran the 2016 Pan American Bocce Games and co-directed the 2015 US Nationals in Boston.  Refereeing international events in 2018 and 2019 brought me to St. Louis and Chicago where I was lucky enough to be on the courts for the Championship games.  The Italian Men’s team beat Brazil in 2018 and in 2019 the Brazilian Ladies beat the Argentinas.  Competing in the US Qualifiers for the 2017 World Games took me to Chicago.  Lastly, it’s been an honor to have represented the US Bocce Federation as the Head of Delegation at meetings in Brazil at the 2016 Pan Am Women’s Championship and in Argentina at the 2019 World Championships. 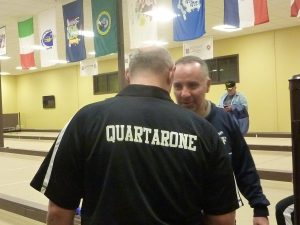 In Boston with Italian friend, Gianluca Formicone (9x World Champion).  It was awesome to congratulate him in person in Argentina when he won the 2019 World Championship. 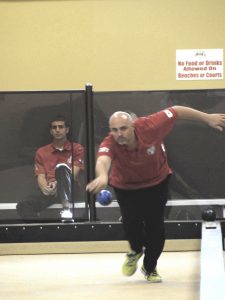 Please call or email me today to discuss how we can infuse lots of bocce fun into your next corporate, social or charity event. 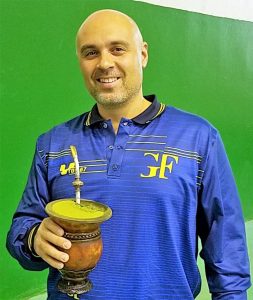 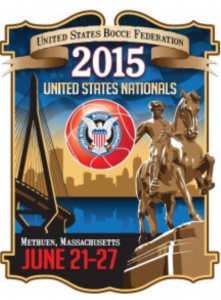 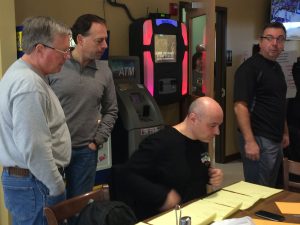 Very Organized…keeping the games in each bracket on schedule 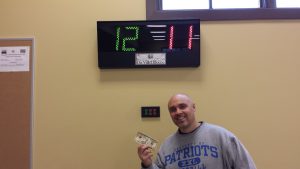 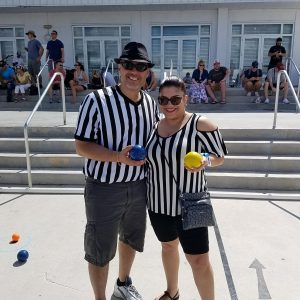 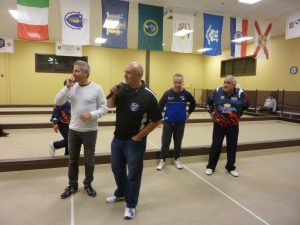 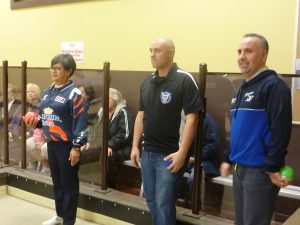